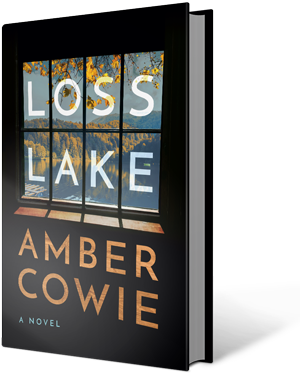 Amber Cowie is a novelist and freelance writer living in a small town on the west coast of British Columbia. Her work has appeared in the New York Times, Salon, Crime Reads and Knitty, among other publications.

Her first novel, Rapid Falls, was a runner up in the Whistler Book Awards and hit number one on the Kindle Bestsellers list as well as the top 100 books in the Kindle Store. She has appeared at Left Coast Crime, the Pacific Northwest Writers Festival, and the Whistler Writers Festival. She is a member of several writing groups and holds an undergraduate degree from the University of Victoria.

She is a mother of two, wife of one, reader of many and writer of suspense novels. She likes skiing, running and making up stories that make her internet search history unnerving.